Chimpanzees (Pan Troglodytes) are only indigenous to Africa.  This species has three subspecies. Pan troglodytes scheinfurthii are native to East Africa and is the species that have been studied the most. Jane Goodallâ€™s groundbreaking research involved this subspecies, which live in Central Africa.

Pan Troglodytes verus live in West Africa (Guinea, Guinea-Bissau, Ghana, Liberia, Senegal and the Ivory Coast). This is the most endangered subspecies. 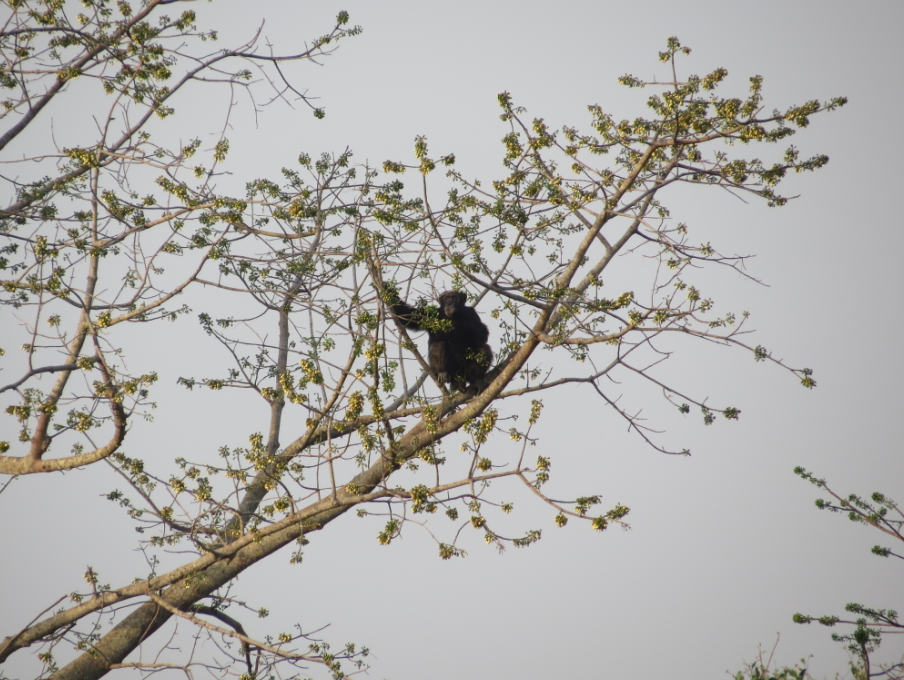 The BoÃ© is a region that is difficult to access. Thanks to its isolated character, nature has remained practically untouched. The BoÃ© has a relatively large chimpanzee population. A number of other species of mammals live here that are on the list of endangered species.

Population growth, immigration, deforestation, hunting and coalmining threaten the area. Therefore, Chimbo is trying to obtain a protected region status for that area.

Thanks to an INNO grant by WWF, Cristiana Schwarz, an expert in environmental management in Guinea Bissau, conducted a feasibility study for establishing a protected region in Guinea Bissau and for the options available for eco-tourism. Her research in 2006 and 2007 showed that the nature value of the region is exceptionally high. Cristina Schwarz estimates the current chimpanzee population to be at 700 (instead of 300 as noted in other documents). She also provides an in-depth description of the flora and fauna in that area. This research also brought to light the different mammals that have been observed for the first time in this region.